High quality soluble sodium and potassium silicate according to your requirements

High quality soluble sodium and potassium silicate
﻿according to your requirements 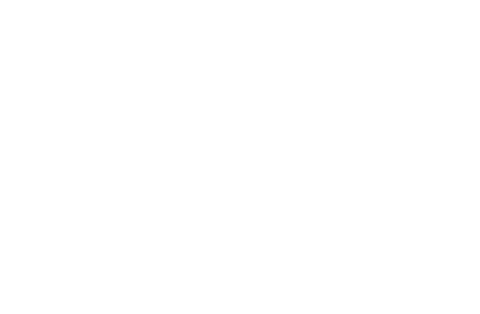 Soluble silicate is the raw material for the production of water glass. Externally, soluble silicate looks like an ordinary bottle glass of light blue or light green color. This material is made by melting quartz sand with sodium or potassium carbonate. The final choice of raw materials is determined by what kind of soluble silicate the client is going to buy and use.

The product is characterized by resistance to high temperatures and open flames, environmental friendliness and low toxicity.
Indicator name
Silica module
Silicon dioxide w/w%
Sodium oxide w/w%
Sodium silicate
2,3 — 3,6
70,4 – 76,7
22,0 – 28,0
Potassium silicate
2,5 — 3,5
66,7-69,1
30,9-34,5
Potassium-sodium silicate
2,85-3,25
67,2-69,2
7,5-8,5
Sodium-potassium silicate
2,75-3,1
2,75-3,1
19,2-20,7
ADVANTAGES
250 000 tons
The production capacity of the enterprise allows us to implement your ambitious plans.
9 branches
A wide network of our own production sites in the regions throughout Russia.
800 clients
Every year our clients choose us as a supplier of silicate products.
From 1-day delivery
Own logistics service and a proven scheme of profitable deliveries are over the years.
MARKET EXPERTS
Promsteklocenter is the largest consumer of soluble silicate, so we are market experts and we can help to choose a quality product.
RAW MATERIAL SIMPLICITY
During manufacturing a special method of crystallization is used which allows storing soluble silicate in the open air.
MANUFACTURE

Client-aim
product
The widest park of research and production sites in Russia
In order to get the most suitable product, we assign a technologist to each client
We conduct researches and testing in order to support and improve the composition of the product
We study every nuance of your project to create the most profitable and suitable product
We are the largest research and production cooperative in Russia in terms of geographic coverage with a large staff of qualified chemical technologists.
We create the most advanced product on the market of silicate products for any tasks and volumes.
Every day, a team of researchers at the scientific laboratory conducts tests to ensure the highest quality of the composition and characteristics of the silicates produced.
We are confident in the development of the industry and are proud to take an active part in it.
In addition to the production of water glass and silicate products, we are engaged in research and design activities in the field of silicate technologies.
DELIVERY
THE AVAILABILITY OF 9 SITES ON THE TERRITORY OF RUSSIA ALLOWS TO COVER ANY AREA, WE ARE READY TO PROVIDE DELIVERY OPTIONS:

Own logistics company
We have our own vehicle fleet, we comply with the necessary standards for the transportation of silicates. We guarantee a quality product.

All of them are used only for silicate products, which excludes mixing with other goods and guarantees the delivery of a high-quality product. 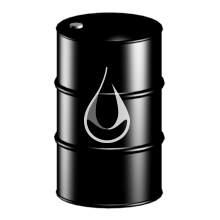 Attention:
Self-delivery of products from production sites to any capacity of the client is possible.
TRUCK TANK
Autopark of own logistic company
IBC
Capacity
1000 liters
BARRELS
Capacity
216 liters
CANS
1 to 50 liters
FAQ
HOW TO MAKE AN ORDER?
To place an order, you can use the callback form. Our expert will call you back ASAP, accept the order, calculate the most profitable delivery and storage option, and also organize a free expert consultation.
HOW TO GET THE PRODUCT FOR FREE?
We are ready to arrange the delivery of a free trial batch according to your parameters, the service is available after consultation, please contact the manager for more details. The offer is not a public offer.
ARE YOU IN MY TOWN?
Today, the company Promsteklocenter has 9 production sites, so we will choose a branch that is closer to you for delivery. Thus, we will reduce the cost of delivery, the speed and quality of the delivered products. Delivery is possible by our vehicle fleet, our own transport company or by carloads.
HOW TO SAVE ON DELIVERY?
We offer to purchase a larger volume of silicate products and bring it one-time, you can use it as needed and not overpay for the delivery of small batches. To clarify the conditions, contact our manager.
IS IT POSSIBLE TO PICK UP PRODUCTS?
Any type and volume of products is available for pickup at any of our 9 branch plant. You can also use your transport box for self-pickup of products.
HOW TO GET TRANSPORT BOX FOR FREE?
We are ready to provide exchange transport boxes for storage and gradual consumption of silicate products, the offer is not a public offer, to clarify the conditions, contact our manager.
HOW TO CHOOSE WATER GLASS SPECIFICATION?
Promsteklocenter produces water glass in accordance with the Interstate Standard all-Union State Standard 13078-81, as well as according to the technical requirements of the customer. Contact us and our manager will give detailed advice specifically on your task.
WHICH PRODUCTS ARE AVAILABLE?
The most demanded types of products are always available; we are also ready to select special products personally for your tasks and arrange delivery within an acceptable time frame.

It is mainly used to produce water glass, but as a dry component, soluble silicate can be used in dry building mixes, as well as in other industries.

Soluble sodium silicate is an integral component of various building mixes and adsorbents. Many processes in chemical products factories also require the use of this product.

To choose the type of soluble silicate that exactly corresponds to your requirements and technological process, please, consult with our specialists – they are ready to give an expert assessment and help you to choose the right product.

Request a callback – we will call you back soon and answer all your questions!
ПРОМСТЕКЛОЦЕНТР
2021 © PROMSTEKLOCENTER

ABOUT COMPANY
INFORMATION
OUR PRODUCTS